Fausto Pinarello – Founding partner and Chairman of the Board of Director at Cicli Pinarello gave La Squadra a big thumbs up when he visited London on 5th November. Talking to former twice GB National Road Race Champion and professional rider Brian Smith he said La Squadra is special and represents the true values of Pinarello. He welcomed members to take part in the 25th Anniversary Gran Fondo Pinarello in Treviso next July.

Fausto discussed the evolution of the Dogma bike, innovation, disc v rim brakes, why long-term relationships with teams and riders is so important and how passion drives success at Pinarello.

This event was covered by Cycling Weekly – you can read their article here. 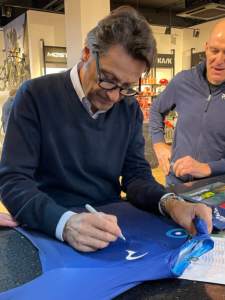 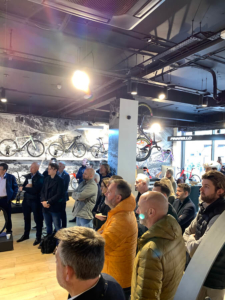 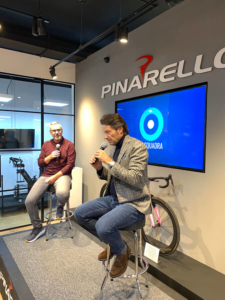 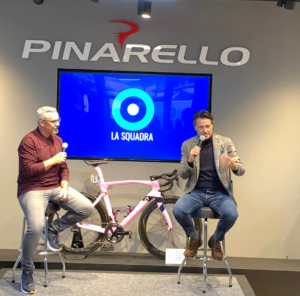